The Cinque Terre are especially famous for their five boroughs (there are also some smaller villages scattered further uphill) which, thanks to their locations directly above the sea and their multicolored houses, will always make for a fascinating and picturesque backdrop for your vacation. The name “Cinque Terre”, which means “five lands”, has ancient origins: the five boroughs (Monterosso, Vernazza, Corniglia, Manarola and Riomaggiore) were once reachable only by sea or by tortuous paths across the hills. Because of this isolation they were considered completely detached entities: literally “lands” away from everyone and everything. Because of their history, the villages are way more than only nature, sun and beaches. You’ll visit narrow streets and surprising squares, sanctuaries, ruins of ancient castles and walls built to defend the towns from the Saracen menace, churches in the typical Gothic-Ligurian style.
Around the boroughs you’ll be able to explore the vineyards and the olive or lemon tree farms that, while constantly shrinking in numbers, still represent the most important business of this region. 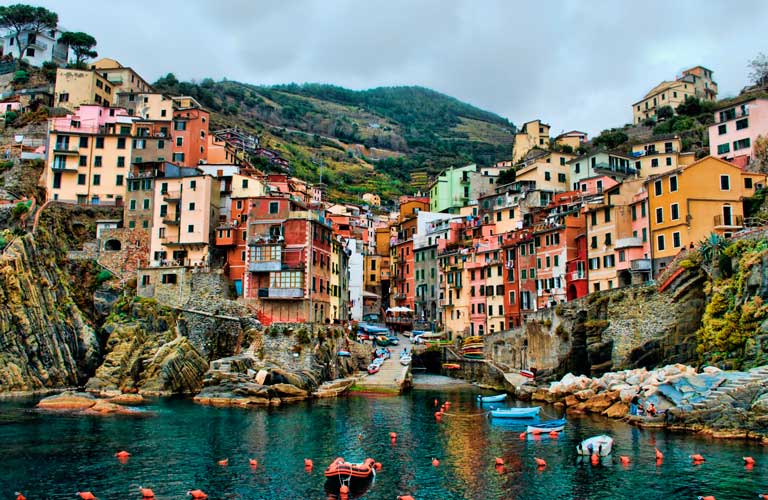 The borough of Riomaggiore lies between two cliffs that steeply descend to the sea. Wandering around the narrow streets of this small town is a real treat, as lights and shadows, colors and surfaces all come together to create a magical atmosphere. A small anecdote about the houses: many of them have two doors, one on the front and one on the back. They were built that way to allow the inhabitants to flee from the Saracen threat! In Riomaggiore you can visit the remains of the ancient castle, take a rest in one of the numerous bars and restaurants or take a swim at the rocky beach.

Monterosso al Mare is famous for being the place where Eugenio Montale, one of Italy’s most prominent poets and Literature Nobel prize winner, used to spent his summers - he repeatedly featured the area in his poems. The village is divided into the old town and a newer borough (where the train station is) by a huge cliff, but a tunnel runs through it, allowing you to choose: you can visit the historical centre and its medieval tower, castle and San Giovanni Battista church on one side, or relax on the big sandy beach on the other - the only one in the whole area! 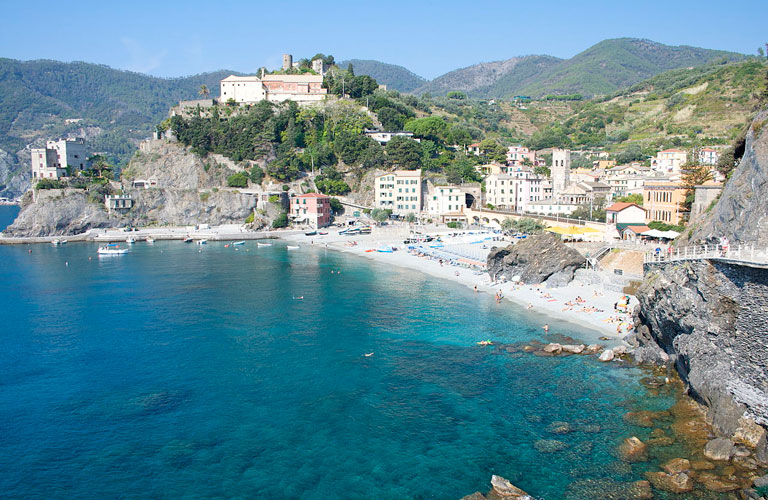 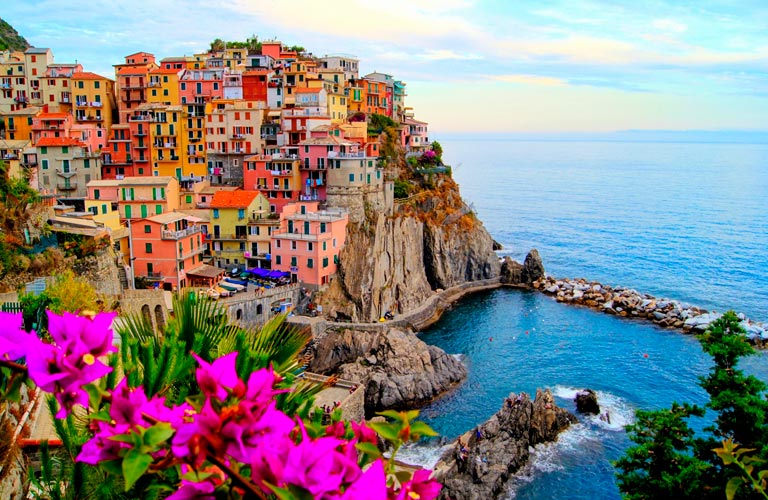 The very ancient settlement of Manarola is located on the side a promontory and goes all the way down to the sea. In the lower part of the village you can visit the old olive oil mill, while in the higher part the highlight is the San Lorenzo church from 1338, with its three naves and baroque interiors. Of course you can also just enjoy the sea at the beach, taking a bath with picturesque views!

Corniglia is the smallest of the Cinque Terre and it’s also the only town that’s nearly unaccessible from the sea. To reach it, you’ll need to ascend a long staircase, called “Lardarina”, made of 33 flights with 382 steps - or hike up the road that connects the town to the train station. The village, nestled on a cliff, is full of narrow streets and twisting turns, but down below it also has a beautiful pebble beach, called “Spaggione”, with crystal clear water. 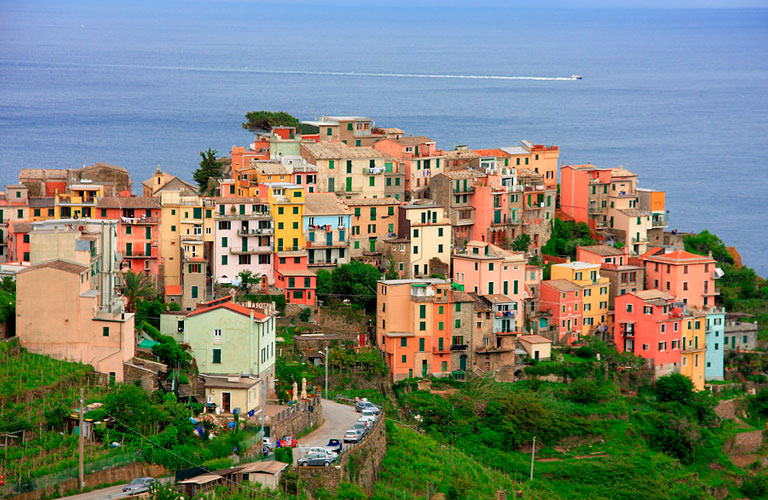 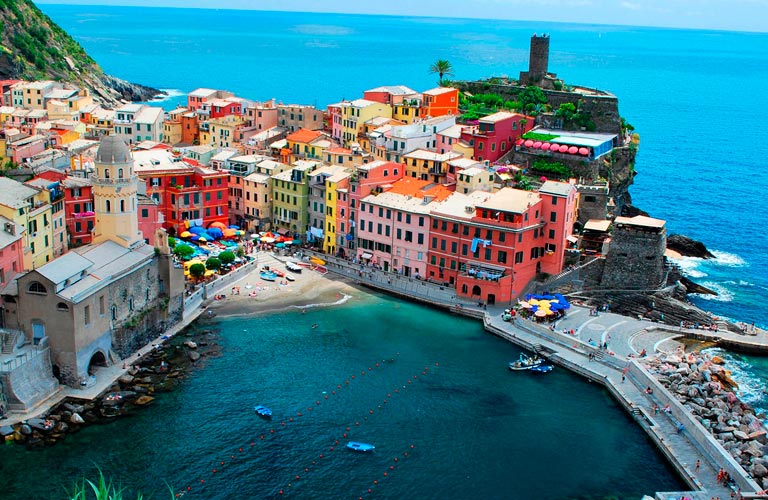 Considered one of the most beautiful boroughs in Italy, Vernazza fully preserved its artistic and cultural heritage. We suggest to reach this town with a ship, in order to enjoy the stunning view of the town and the little port from the sea. Once disembarked you can visit the Santa Margherita d’Antiochia church, the watch tower from the XI century, the Doria castle, the tower of the San Francesco monastery and the Belforte...but the highlight is the Nostra Signora di Reggio sanctuary. It’s quite a hike to reach it...but your effort will be greatly rewarded!

Live the Ligurian life
Let the sea inspire you